I’m so excited to have my friend, John Lee Dumas, as my first guest on the Manifest That Miracle podcast!

John is the host of the award-winning podcast Entrepreneurs on Fire which boasts guests such as Gary Vaynerchuk, Barbara Cochran, and Tim Ferriss.

With over 1.5 million+ listens a month, and seven-figures of annual revenue, JLD is a legend.

He is also a good friend and an exceptional human being so I was so thrilled to have him on the podcast!

We spoke about how he overcame trauma he suffered in the Army and how his trauma led him to his biggest miracle.

John and I go deep and cover the crucial insights and decisions that led him to success and fulfillment.

This episode is a vulnerable conversation between two friends who love to challenge each other so I hope you enjoy our humor and candor.

In this episode you’ll hear:

Scroll back to top

Enter your name and email address below and I'll send you periodic updates about the podcast.

I can’t wait to hear your thoughts about this episode – please drop a comment letting me know your reflections!

Be sure to check out the journals that we discussed in this episode (that I personally swear by!). You can grab the Mastery Journal here and the Freedom Journal here.

Have you left an iTunes review on my podcast yet? Thank you for supporting the show!

I also want to invite you to read my book, “Manifest That Miracle: Learn Why You Don’t Have What You Want and How to Get It”.

You can get it here.

If you are ready to manifest incredible relationships, health, wealth, and personal fulfillment, then this book is for you!

It will show you how to turn any challenge into an opportunity and prove to yourself that you can have the things you’re asking for.

I can’t wait to see you manifest what appears impossible! 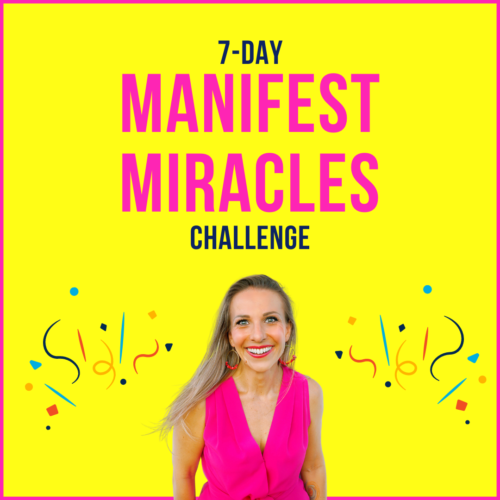 It starts April 28 and is free.